Ralph asked for photos of the slab glue up. The slab will have eight slats glued up two slats at a time for the first four slats. 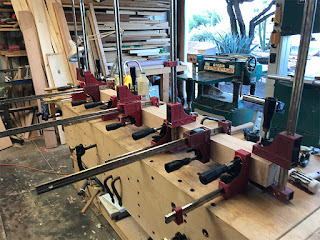 The first two slat set out of the clamps: 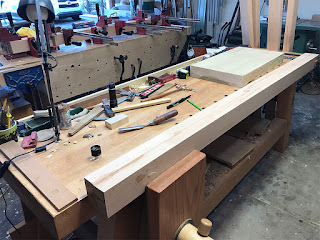 Cleaning up the glue line: 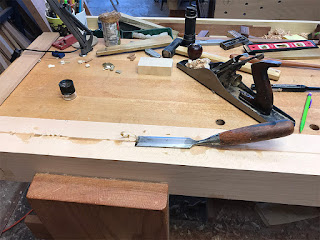 So far this has been no drama, life is easy just working one or two glue surfaces at a time. The only problem it stretches out the glue up over several days.