The bombing in NYC reminded me of a photo I've posted before of a pressure cooker bomb. A very simple device, motorcycle battery, some kind of timing device, and a large (in this case, the one in NYC is believed to be much smaller) pressure cooker filled with an explosive. Cheap but can be very effective.

The pressure cooker bomb pictured was found on the Kabul airport and is now in the Afghan Munitions Museum, the fellow standing is the Museum Curator.  The one kneeling was our base manager. 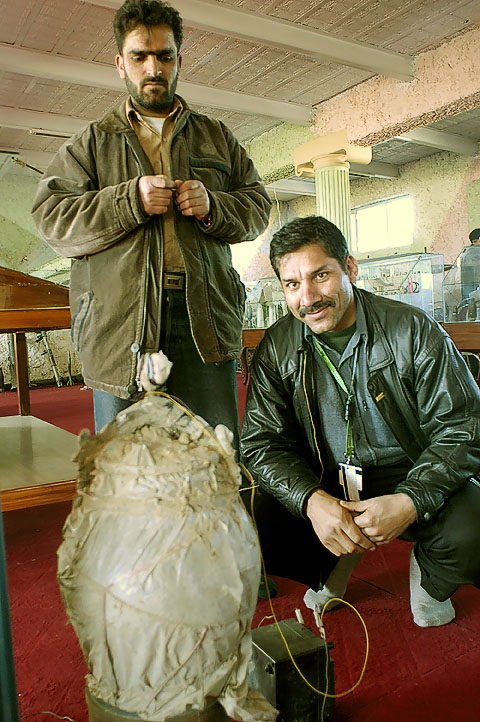 Always remember the purpose of terrorism isn't the death and destruction but to make people do dumb things, to make people over react and self destruct. After 9/11 it worked like a charm.