Bob B. who is an occasional reader of my blog (he mentioned Ralph's as well) was kind enough to offer one of his Marple chisels to fill in a gap in my collection.  He mentioned in his email that he was trying to collect one of each of the Stanley planes and how it might be an impossible job. I must say I expect he is correct. I have an example of most of the type 9 bench planes but I'm far from having a complete set of type 9's. In reality I have no hope of ever completing the collection and that is just one type of bench planes.

Anyway it got me to thinking about some of my rust and if any would fill in the gaps of a Stanley tool collection. The most likely candidate is a Stanley #39 I got several years ago in a box of rust from a fellow needing gas money to go home. I know there is a sucker born every minute but what can I say other than I like a good story even if it is BS and we both know it. BTW, IIRC there were several usable planes in the box, several of which I gave to other local woodworkers and a few I kept like the #39. 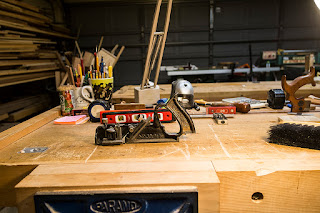 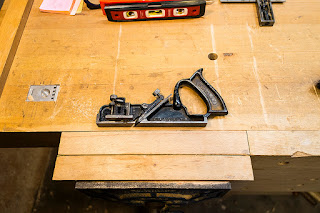 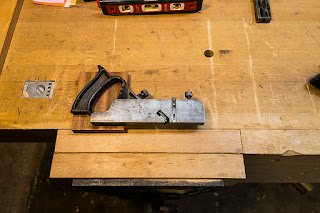 Bob D. this should be in your wheel house. Did anyone really use one of these to make dado's? I would think a couple of knife lines, a saw, and a router plane would do a better and I expect a quicker job.